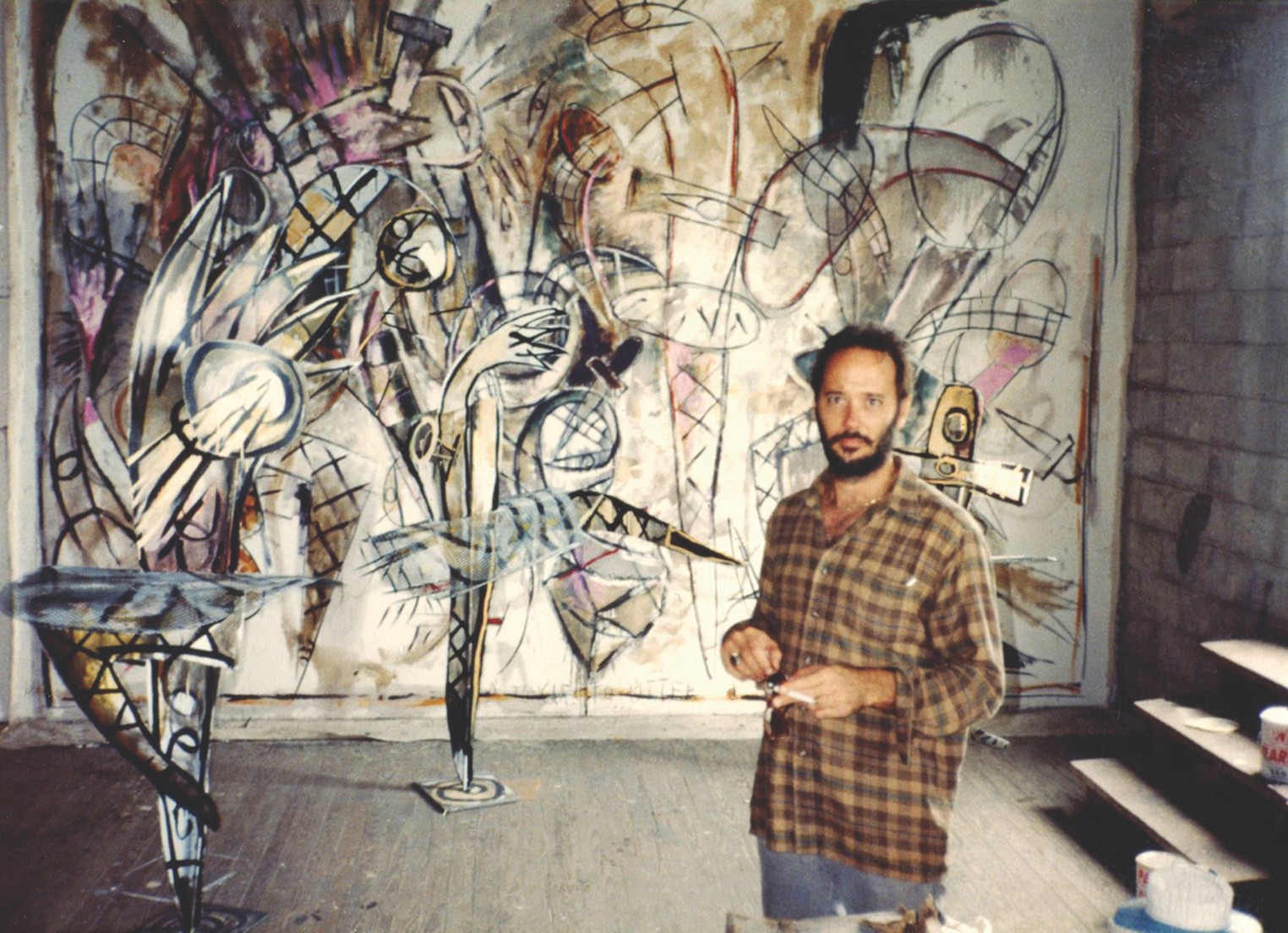 Things to do in Miami: “Carlos Alfonzo: Late Paintings” at the Miami Institute of Contemporary Art

Any avid Metrorail driver who has passed by Santa Clara Station in Allapattah or walked under the pedestrian bridge at Florida International University’s College of Engineering & Computing has witnessed the dazzling ceramic tile work of the late Carlos Alfonzo . The story of Alfonzo’s artistic trajectory is scattered throughout these site-specific murals that still exist more than 30 years after their creation. With a budding career in Havana in the 1970s and in exile via the Mariel boat lift, he was processed through Arkansas and eventually settled in Miami in July 1980.

Alfonzo’s identity as a gay Cuban man and artist is highlighted through “Carlos Alfonzo: Late Paintings,” which opened April 21 at the Institute of Contemporary Art in Miami. Covering two of the museum’s ground floor galleries, the exhibition undertakes a detailed examination of the last year of Alfonzo’s life before his death in February 1991 from AIDS-related complications. Ten paintings present the realities of the artist’s horrific battle with the disease, which claimed his life just a month before his work was presented at the prestigious Whitney Biennial in New York.

In 1990, the Bass Museum of Art in Miami Beach presented “Carlos Alfonzo: New Work”, which carried a similar tone of dark paintings. In a brochure for the exhibition, the late art critic Giulio V. Blanc noted how the language used in Alfonzo’s work during this period references Jackson Pollock’s own “black paintings”. This reference also alludes to the dark era of the work of Spanish painter Francisco Goya and comments on a particularly troublesome aspect of an artist’s work.

For the exhibition’s curator, Gean Moreno, who is also director of the Knight Foundation Art + Research Center at ICA Miami, this period of Alfonzo’s work has gained vitality. “In the three decades since these works were created and since Alfonzo’s untimely death in 1991, his final paintings have steadily grown in meaning and cultural resonance,” said Moreno. new times. We can now look at these final works by the artist and interpret them in relation to Alfonzo’s practice as a whole, his biography and their social context – and significantly, their testimony to the AIDS crisis. »

Upon entering the exhibition, the viewer is greeted by imposing large-scale works, inviting close study to understand the complexity of texture and technique while absorbing symbols and visual language from afar. Each canvas is not just filled with black, but illuminated with grays, dark greens, deep reds and burnt oranges that signify the complexity of the emotions Alfonzo endured during his painful final years. The works exude remorse and regret, with sharp iconography of impaled nails and gruesome shadows scattered throughout.

Yet a fight is depicted in each work. The horizontal compositions of Marine cemetery (Cemetery by the sea) (1990) and Blood (1991) are jumbled and packed to the brim with the hallucinatory and disorderly communications of a sick man. The former alludes to French poet Paul Valéry’s 1920 meditation on mortality and death, while the latter is one of the last paintings the artist worked on before his death. One can only try to understand the physical, emotional and mental toll the disease took on Alfonzo, especially given the stigma of the time towards homosexuals and the disproportionate impact of AIDS on the community.

“The exhibition will only strengthen Alfonzo’s place among the preeminent painters of the 1980s.”

The set of ten paintings evokes this idea of ​​reckoning with one’s mortality, whether that means finding peace with the inevitable or the opposite: fighting for one’s life and doing whatever it takes to endure and survive. For Alfonzo, the repeated imagery of knees bent, in reverence or even in a fallen state is in continuous motion. It is a cyclical act of submission to the divine if one believes or to uncontrollable forces if one does not believe which results in the spiritual quality of the works. The artist was known to have drawn inspiration from the rituals of Santería, Rosicrucianism and Catholic ideology throughout his life and work, igniting the feel of a beatific cathedral or shrine.

The possible analyzes of Alfonzo’s highly stratified and charged compositions are endless. Yet Miami, as the primary foundation and common thread from which to draw information and research relating to the artist, is reflected in Alfonzo’s decade in the Magic City. “We consulted with a number of Alfonzo’s peers – those who knew him best during his productive years in Miami,” Moreno says. “We also consulted as many archives as we had, including Alfonzo’s own archives, which he left to friends and holdings at the Vasari Archives at the Miami-Dade Library and the Cuban Heritage Collections at the ‘University of Miami.’

As befits an artist who gave so much back to the city where he lived and died, “Carlos Alfonzo: Late Paintings” pays homage to Miami’s place in the ongoing discourse surrounding Alfonzo’s work.

“One of the biggest rewards was being able to bring all these powerful paintings together again,” says Moreno. “It is difficult to explain the emotional reach and grave energy of these works to anyone who has not been in a room full of them. They imbue the museum space with an almost liturgical air. Another reward has been reflecting on some of the deep questions about human mortality that the paintings address while constantly reminding themselves that they come out of a very specific moment: the tragic one when Alfonzo’s friends were dying. of AIDS-related illnesses, and he himself was on the way to an untimely death.

“The exhibition – the power of seeing all these late works together – will only further cement Alfonzo’s place as one of the preeminent painters of the 1980s. I think the exhibition will also have the positive effect to remind us – and young artists in particular – of the kind of serious questions painting is still able to address and the powerful emotional tones it can generate.”

Matisse: The Red Studio – a painting on paintings stuns at MoMA