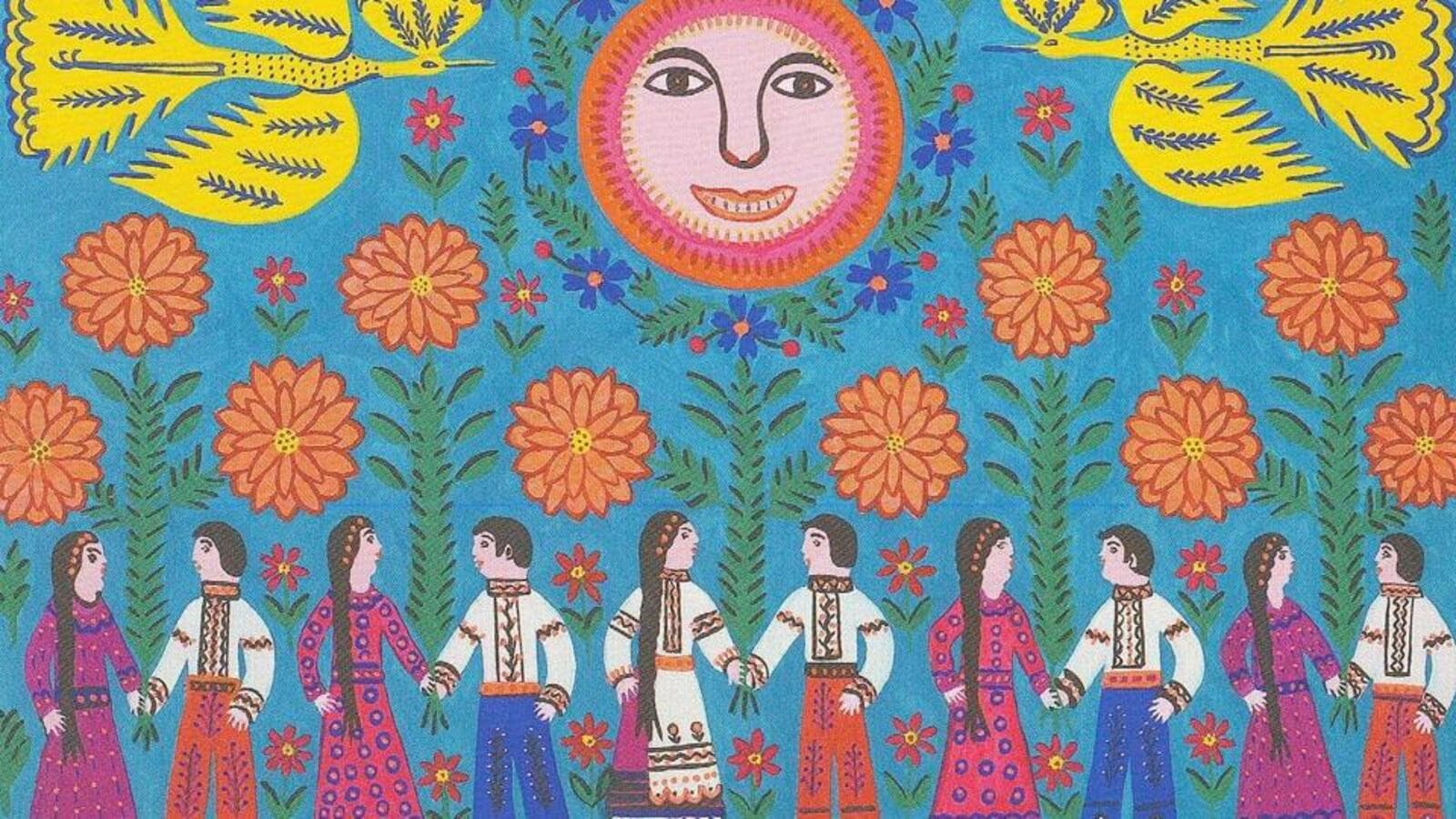 When the Ivankiv local history museum in Ukraine caught fire under Russian bombardment amid the ongoing Russian-Ukrainian war earlier this year, a resident reportedly risked his life to save 25 works on display at the museum. The artworks on display were those of the late folk artist, Maria Prymachenko. This incident describes well the influence that Prymachenko’s work has had on the life and culture of Ukrainian nationals. Bringing 11 of his works to the capital, through digital reprints, is an exhibition, The Ukrainian World of Maria Prymachenko.

The Ukrainian folk art painter was a self-taught artist who worked in the style of naive art. Her works, which also included embroidery and ceramic painting, were inspired by local mythology and folklore, making her an icon of Ukrainian national identity. The exhibition will include 11 reproductions of Prymachenko’s paintings from the collection of the National Museum of Ukrainian Folk Decorative Art with text by artist Dorota Pietrzyk.

“The project was initiated by the National Center of Culture of Poland in collaboration with the National Museum of Ukrainian Folk Decorative Arts to preserve destroyed art from the local history museum in Ivankiv, as well as to present abroad the works of the world-renowned Ukrainian artist,” says Olena Ivanchuk, Consul at the Ukrainian Embassy in New Delhi, adding: “The works have been selected in such a way as to give an idea of ​​the diversity of his art as well as ‘to show scenes of traditional Ukrainian life. The selected works, painted between the years 1963 and 1988, present an incredibly colorful world full of fantasy, filled with strange creatures, animals, floral motifs, as well as scenes of fairy tales.

The sublime creations on display represent birds, beasts and mystical plants, which interact in his paintings as harmoniously and easily as in nature in Ukrainian mythology. While Prymachenko’s works are full of folk ornamentation painted using rudimentary water-based paints, such as the so-called beginner’s tempera, towards the end of her life she switched to tempera paints. more expensive and of better quality. Sharing how his works have continued to evolve, Ivanchuk explains, “Since the early 1960s, the size of Prymachenko’s works has grown. From translucent watercolor, the artist turned to thick saturated gouache, which in his works gives rise to sonorous and magical colors and images. At the end of the 1960s, a novelty essential to his creativity appeared: images supplemented by text captions and special explanations. They opened another aspect of the artist’s talent – poetic.

As the artist’s country weathers the turmoil of war, Prymachenko’s bright, childlike depictions of scenes of everyday life, such as farmers tending to crops and plowing fields, provide a sense of hope and of harmony. Ivanchuk says, “Preserving culture means preserving the soul of the nation. Prymachenko’s works are part of the cultural heritage of Ukraine, which presents Ukrainian mentality and traditions, creating a certain image of the Ukrainian nation. That is why it is so important for us to show Prymachenko’s paintings abroad. The exhibition was originally designed to create a sense of home for Ukrainian refugees, who had to flee Ukraine due to war.

What: The Ukrainian World of Maria Prymachenko