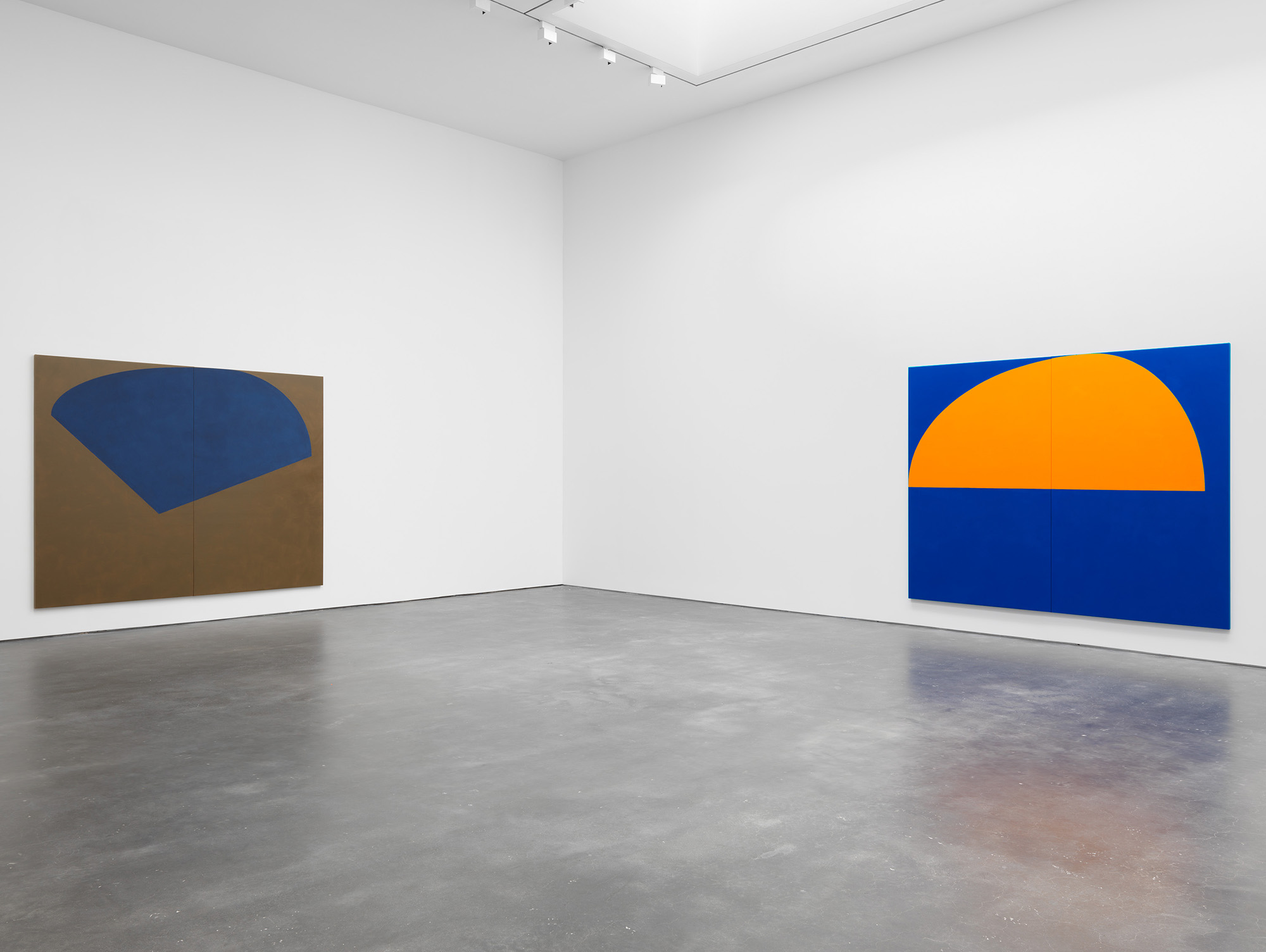 With the nine oil paintings currently exhibited at David Zwirner, Suzan Frecon enters what might be called the classic phase of her career: the moment when she brings together, with supreme ease, all aspects of her previous work. in a big summary. However, this is in no way an “end of the range” paint. Rather, viewers should expect an ever-expanding Frecon universe.

Thinking back to his career, we see a gradual change of scale. Many of Frecon’s earlier works, including the “Dark Red Compositions” of 2013, were small-scale watercolors rather than oils or encaustics and were reminiscent of Tantric abstract paintings. This pairing marks the point where we can identify a distinctive Frecon aesthetic. As tantric paintings are aids to meditation, stepping stones that turn the contemplative soul towards transcendence, Frecon’s works are ends in themselves. Or, as Fernando Pessoa (writing under the pseudonym Alberto Caeiro) said in a poem about the river that runs through his village: “The river in my village doesn’t make you think of anything./ If you stand on the bank, you are just standing on the bank. Frecon’s work challenges the notion of referentiality, the idea that there must be hidden meaning in the image.

Frecon hides nothing: beneath the surfaces of his paintings there is literally nothing. At the same time, we are not dealing with Malevich’s black square or Ryman’s textured white pigments. Color and the formal arrangement of forms matter to Frecon; orange and blue lighting blue bird (2019) is a good example. The title might actually be a reference, since the Eastern Bluebird actually has an orange breast and a bright blue head and back, but the nature, perhaps Frecon’s starting point, seems out of place here. . The large composition is disconcerting: an orange half-moon comes up against the upper and left limit of the image’s surface, off-center. At the same time, like all the other works in the exhibition, this one is made up of two panels of equal dimensions (these measure 87 by 54 inches). Thus, the structural symmetry of Frecon’s twin panels plays against the deliberate asymmetry of its composition.

In numerology, two is a notoriously unstable number. Like a seesaw, it oscillates between conflict and a precarious balance. In orange and blue lighting blue bird, the two halves of the image are simultaneously separated and joined by the offset half-moon printed on them. Moreover, the half-moon, like the number two, alludes to the concept of mutability, to the uncertain character of the artistic enterprise. So while Frecon eschews allegory, the elements she unfolds, like the figures on a tarot deck, have a life of their own that unfolds regardless of their place in the overall deck or their appearance in a deck. particular.

A canvas in portrait format, stone cathedral (2019), confirms the summa status of the entire show. Frecon has painted versions of this work several times, but here complexity dominates, with five colors deployed to create five shapes. The 108 1/2 by 87 5/8-inch linen surface abounds in configurations that interlock in dynamic competition: the two-panel artwork is bisected by a horizon line – Frecon pays homage to tradition of the landscape – but the universe is reversed. In the background rises a blue half-moon, compressing a mauve band towards the horizon. Above the horizon rises an ocher shape, vaguely mastaba on the left, pushing against a yellow-orange pyramid. Above, a dark green sky holds everything in place. It’s the world upside down, sky below, earth above: the world of Frecon.

Suzan Frecon works through paradox: her titles take us into the real world, but her work negates this connection. At the same time, the repetitions – dividing the works into two symmetrical panels, unfolding and redeploying certain ambiguous geometric shapes, continually juxtaposing colors to suggest mass – constitute a personal and idiosyncratic pictorial language. It is not a language we can learn, but a sui generis syntax which is that of Frecon – and its own alone. As a kind of rhetoric it is highly seductive, even if in succumbing to its charm one falls not into sin but into the highest degree of aesthetic pleasure.