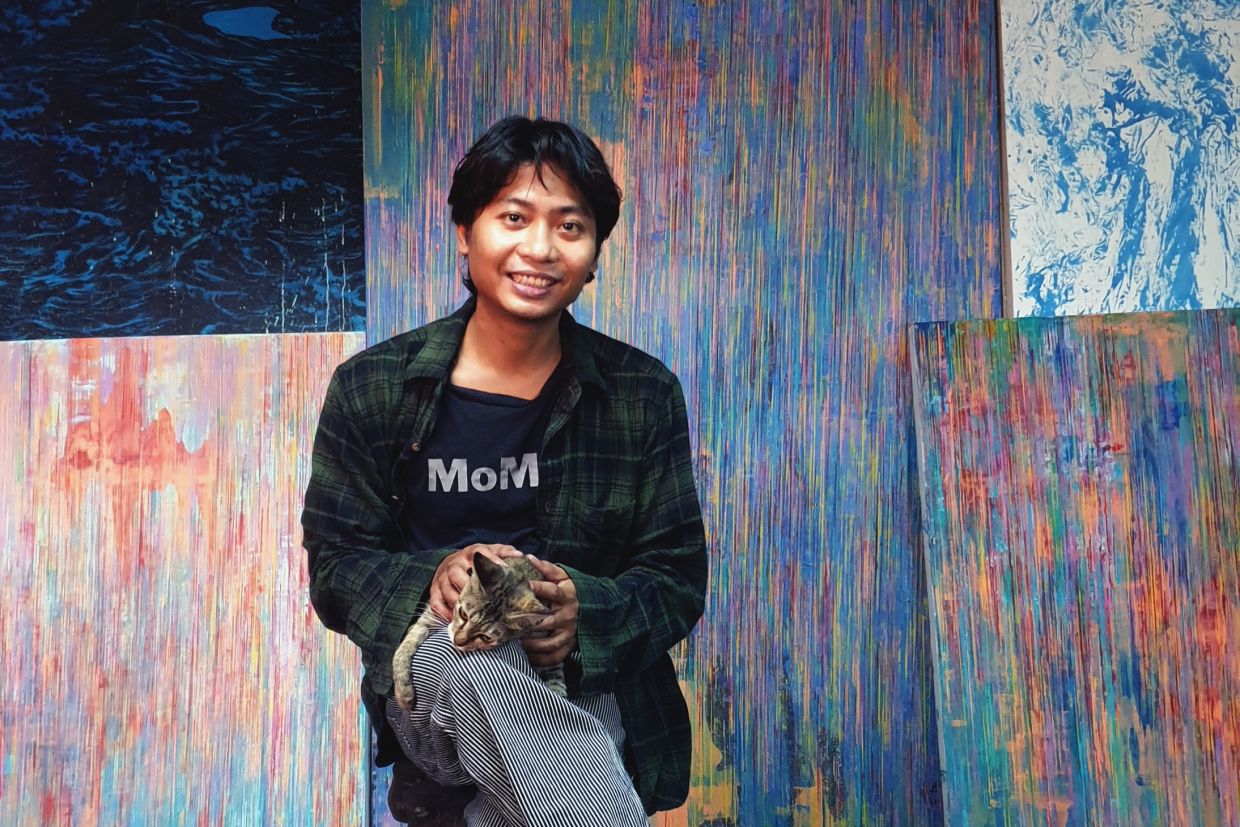 After a sold-out exhibition with Rissim Contemporary at Art Expo Malaysia 2022 at GMBB in Kuala Lumpur last month, artist Fadhli Ariffin, better known as Pali, is in heaven.

But there’s something else he’s looking forward to now: making the most of the “balik kampung” experience after two years away from the festivities and the Hari Raya family.

“When I was a kid, my favorite part of Hari Raya was riding my bikes around the neighborhood with my friends. Now I can better appreciate meaningful reunions with family and friends, and just sit back and enjoy the moment. This year has been a joyful celebration in Taiping (Perak) as we haven’t celebrated Raya as a family for two years. We were all very excited to meet again,” he says.

Pali has been based in Selangor since his student days at UiTM in Shah Alam. He obtained a degree in Fine Arts in 2013 and has since exhibited in three personal exhibitions and numerous group exhibitions.

Just before the pandemic in early 2020, Pali moved from Ampang to his friend’s studio at Hulu Langat in Selangor, to work on an art project together.

When the motion control order started, he got busy in the studio. Even when restrictions were lifted, he continued to explore his surroundings, reveling in the natural environment and enjoying rejuvenating swims in the river each day before working on his art.

“I think I like living here so much because it reminds me of a simpler life, much like how I grew up in my hometown in Taiping. I’m also surrounded by many fruit trees here, such as durian and banana tree, and a very special tree, the tampoï”, he shares.

A painting by Pali titled ‘Mencari Frekuensi IX’ (2021), one of the abstract works inspired by the pandemic, nature and radio frequencies in medical devices. Photo: Contemporary Rissim

Inspired by this environment, he incorporated the use of bamboo and twigs to create different effects in his works.

In Peristiwa Di Awangan, his solo exhibition at Rissim Contemporary in 2020, he expressed how the uncertainty of the pandemic has affected him.

In last month’s new series at Frekuensi show, he develops this experience in two parts: Mencari Frekuensi and Frekuensi, the first a series of smaller works illustrating his struggles to find sustenance as an artist during a strict lockdown, and the second a series of larger works, a celebration of artistic freedom and expression as it embraces a new sense of purpose.

“At first, I felt lost. But I still wanted to create art because that’s what I love. I was struck by how the monotonous pattern of heart rate monitors resembled our daily lives during lockdown, with us artists watching and waiting for any changes in the situation. From the smallest Mencari Frekuensi, developed during confinement, I progressed to the happiest Frekuensi, when some restrictions were lifted and I felt like I could breathe again,” he shares. 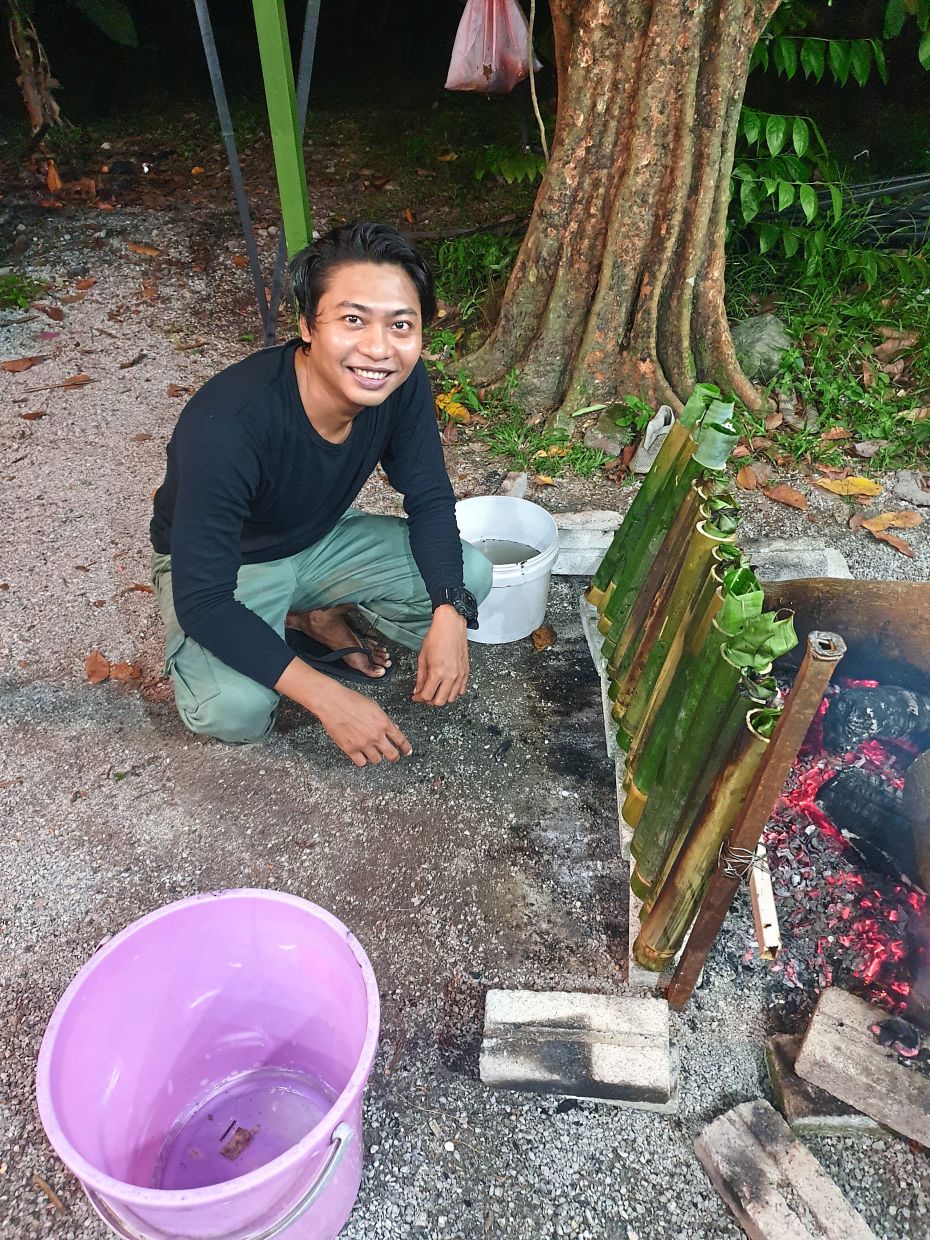 Last year, Pali and his friends made lemang for Hari Raya and even sold it by the roadside ahead of the festivities. Photo: Abang Bob

Although he was unable to return to his hometown for the last two Hari Raya celebrations, all was not bleak and catastrophic as he sought new experiences and learned new things. Last year, with some friends, he learned to make lemang.

On the day before Hari Raya, they even sold lemang by the roadside in Hulu Langat.

It was a new experience for Pali, one he really enjoyed.

But this year, he’s putting aside his lemang and shining the spotlight on his mother’s cooking at home.

“My lemang making skills can be showcased another time, this year I just want to eat what my mom cooks like she usually does during Hari Raya,” he concludes with a smile.

Matisse: The Red Studio – a painting on paintings stuns at MoMA