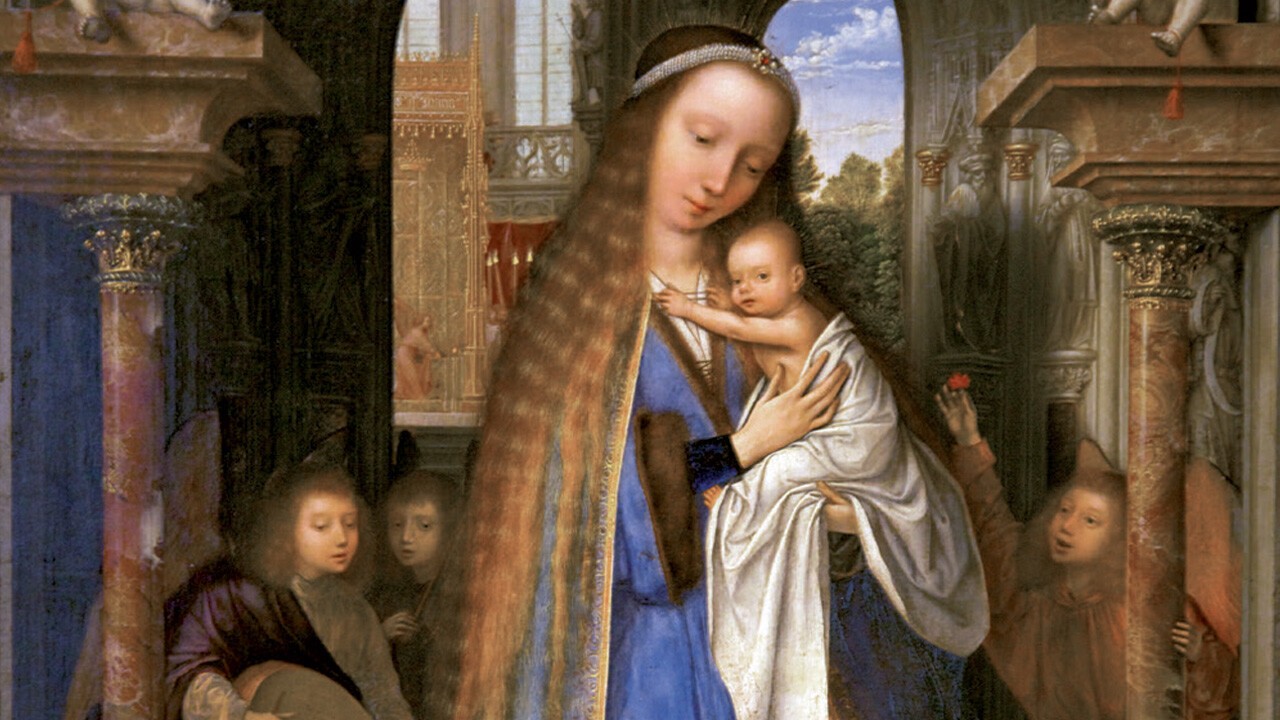 Ochicken​the Courtauld Institute of Art moved in 1989 from a house designed by Robert Adam in Portman Square to a wing of Somerset House, a masterpiece by William Chambers, it seemed a very satisfactory solution, not least because it offered the opportunity for the Courtauld Gallery to join the institute in its new premises. But if the paintings could be happily housed in the “beautiful rooms” that Chambers had designed for learned societies, and if the Great Hall, the great top-lit space designed by him for the annual exhibitions of the Royal Academy, n was by no means certain and the resulting compromises were often lamented.

An architectural campaign over the past three years has resulted in discreet and ingenious improvements: modification of the layout of the gallery; wheelchair slopes; new, albeit modest, spaces for classes and exhibitions; also the elimination of clutter from the entrance hall – although now that everything is crisp and clean, the numerous coats of paint obstructing the once well-defined plaster ornament are more apparent than ever. Starting from the top of the building, which will be the main destination for most visitors, we find the impressionist and post-impressionist paintings of Samuel Courtauld gathered in the Great Hall and its antechamber. While some of the intimacy of a more domestic setting as the artists had anticipated has been sacrificed, the many connections between the works can now be appreciated. The walls built into the great hall partially divide the space, allowing views and surprises that ensure, for example, prominence for A Bar at the Folies-Bergère and yet allow us to look across the room from Monet’s pines at Antibes to those painted around the same time by Cézanne to frame a view of the Montagne Sainte-Victoire.

The art of hanging pictures is little recognized, even by art historians, but has consequences that can equal the most eloquent criticism. When to defer – and when to deviate – expectations involve good judgment and sensitivity. I would have predicted that the proximity of Van Gogh’s paintings to those of Seurat would be fatal, but here it is reminiscent of Van Gogh’s creative adaptation of Divisionism. Also remarkable is how Degas’s pastel definition of a woman in a bath gains sharpness when placed next to Renoir’s portrait of Ambroise Vollard holding a small terracotta nude.

Adjacent to the Great Hall are spaces which will be devoted to temporary loan exhibitions and rotating exhibitions from Courtauld’s own modern holdings. At present they are occupied by the Karshan Gift of Modern Drawings and by the paintings that Antoine Seilern (donor of many great paintings and drawings by Old Masters) commissioned from Oskar Kokoschka. Under the direction of its current director, the gallery has mounted small exhibitions (Bruegel, Soutine, Lanyon) which will be remembered for a long time after larger exhibitions in other London institutions.

Also on this floor is a small room devoted to Bloomsbury with artefacts from the Omega workshops. Roger Fry’s portrayal of Nina Hamnett could be assumed to have inspired the color scheme. Hamnett’s crossed legs set a rhythm that continues – and her cropped hair provides an echoing shape – in the pots and pans on the circular table behind her. The curve of a raised eyebrow brings character and drama by complementing a design. Fry was the leading British writer on art at the time Samuel Courtauld acquired his collection of modern French paintings and this portrait obviously owes something to Cézanne, but it also explains Fry’s infatuation with African art, illustrated here by a reliquary figure from Gabon which he possessed.

For some avant-garde artists, this art appealed because it was seen as wild, thus reinforcing earlier ethnographic categories, but Fry was drawn to the formal qualities of this work. If a disregard for one’s ritual purpose is to be considered “racist,” as the label suggests, then we should also remember that Fry urged us to disregard the subject of Raphael. Transfiguration. Primitivism was a complex phenomenon and the word “primitive” was used in many positive contexts, as Caroline Elam explains with great clarity in her recent book, Roger Fry and Italian art (Announce Illisum, £100).

Descending to the mezzanine, we can admire paintings known for over a century as the Italian Primitives, about which, as Elam demonstrates, Fry wrote with great insight. These late medieval and early Renaissance works were previously on display in a ground floor room that was easily missed by visitors. We now see them near the gallery of drawings in a room with a low ceiling where the lighting does just the right amount of glitter on the elaborate gilding of the backgrounds, highlighting the precious and complex character as much as it is intimate. of many of these works – an emphasis reinforced by the juxtaposition of an enameled pax, ivory diptychs and chiselled and inlaid Islamic metalwork.

Going up to the upper floor, we enter the “beautiful rooms”, which retain much of their original ornamentation. In each of them the tables are accompanied by objects. In the one dedicated to the art of the Northern Renaissance, the small painting by Pieter Aertsen is exhibited in a hard stone tabernacle that Seilern found for him. The amethyst columns, as the label notes, were selected to match the purple in the painting. By placing Quinten Massys’ painting behind the tabernacle, curators raise awareness of the semi-translucent bloodstone columns framing the Madonna and Child within the painting itself.

Leaving this room, we are drawn into the house of Pieter Bruegel the Elder. Landscape with the Flight into Egypt, where the wonderful panorama is also a laborious perspective and the varied shapes of the rocks full of dangers. In the adjoining room, we first encounter, in a case, Claude’s tiny painting of a sunset on copper which is made so much more than beautiful by the solitary rider who travels in this great space. The idea of ​​a trip, and especially of an early departure and a late arrival, was never far from the mind of this painter. Some of the other small paintings here are recordings of larger ones; others are preparatory works. On the walls were large oil sketches by Rubens, two of them of a subject that suited his talents well: Saul blinded by the divine light and hurled from his mount. The figures, horses and draperies form an astonishing tornado of composition.

Then in the 18th century, to Reynolds and Goya and Tiepolo. It is not surprising that the 18th century silverware (much of it made by Samuel Courtauld’s ancestors) and the magnificent clock case designed by Chambers are so beautiful here, but the impact of the portrait of his wife by Gainsborough is quite unexpected: the blue panel offers a foiling of the black veil around which his hands float, and the hovering smile – a little ironic but not malicious – is accompanied by candid eyes of a color matching the gray of the walls of the room.

We can then continue to the top floor by the elegant staircase. On the curved wall below the lantern is a tripartite painting commissioned by the gallery from Cecily Brown. From the tumult of brushstrokes swirling right and left, memories or premonitions of flesh emerge, and in the center naked men bravely advance towards the matchless paintings of the Great Hall. It may be a primordial scene, but it is also a testament to the primitive power of painting and the modern artist’s view of the origin of painting.

Paintings-collages and other works by Libbie Mark »