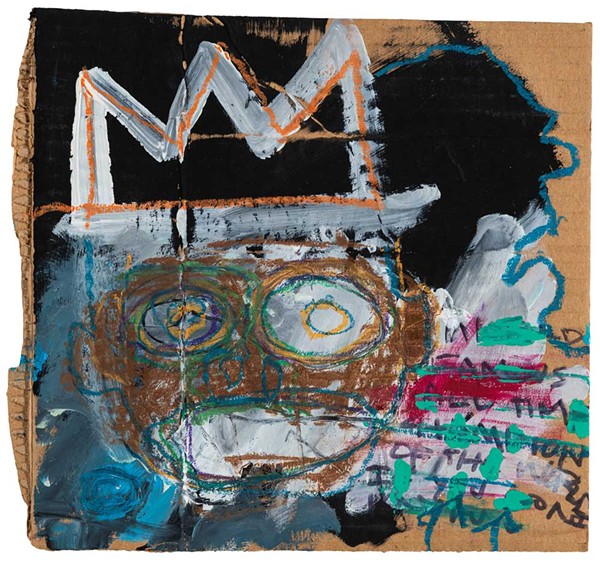 The Orlando Museum of Art’s Jean-Michel Basquiat exhibit has sparked national fascination since its announcement. The suddenly discovered paintings were a boon for the painter’s longtime fans, a coup for the Orlando museum, and a massive victory for the museum’s director.

All this quickly deteriorated after the opening of the exhibition. A report in the New York Times questioned the authenticity of the paintings, exposing the unlikely story of their discovery and quoting an expert who questioned the age of the cardboard on which the paintings were made.

Showing fake art isn’t necessarily a crime, just a little embarrassing for museum curators and authenticators. Selling counterfeit art is fraud, however, and it seems to have piqued the FBI’s interest in OMA. heroes and monsters exposure.

The Time reported on an FBI subpoena asking for “anything and everything” between museum employees and the owners of the paintings “claimed to be by artist Jean-Michel Basquiat.” They also requested all communications between the museum and its art world experts as messages from the museum’s board.

OMA management have maintained that the paintings are genuine and have done their due diligence to ensure they are legitimate.

“We diligently undertook a very rigorous research and evaluation process before opening this exhibit,” the museum said following the initial report on the exhibit. “Art has been fully authenticated by credible sources, including the person who headed the Authentication Committee for Basquiat’s estate; signed by leading Basquiat historians, forensic professionals, and handwriting experts handwritten. for this exhibition.”