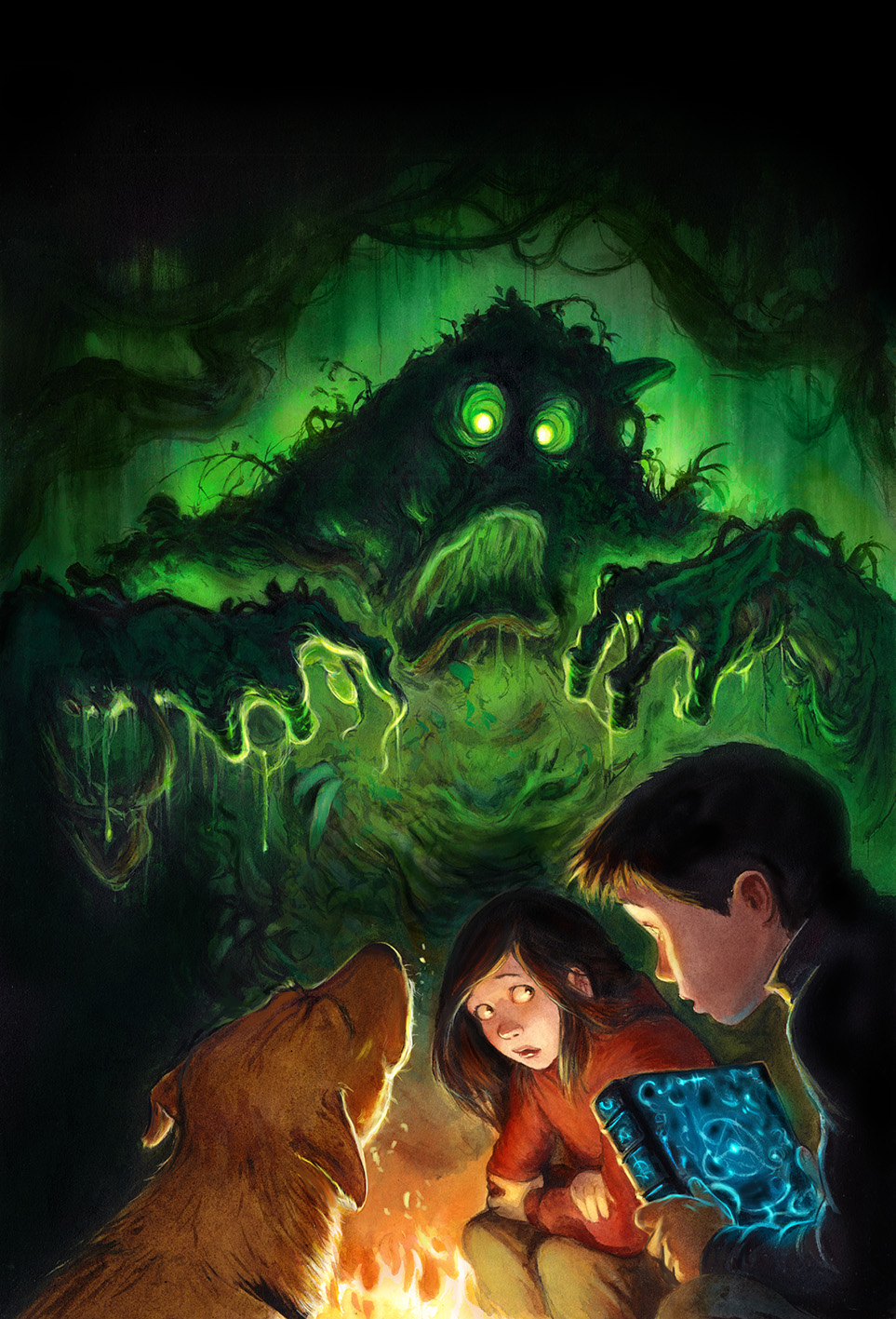 The “Enchanted” exhibit features over 100 artists over 500 years with pieces featuring fantastical archetypes.

“The black humor of (illustrators) Charles Addams and Edward Gorey is evident in [Brundage’s] illustrations, which convey a sense of softness with a subtle nod to the sinister,” said Stephanie Plunkett, the museum’s deputy director and chief curator of the “Enchanted” exhibit. “Scott’s imagery for books, magazines and newspapers has been significant in the field, and we were honored to spotlight the work of such an accomplished artist.”

Growing up in Danbury, Brundage said his parents encouraged him to become an artist from an early age.

“They made me take cartooning lessons young when they saw how disinterested I was in the sport,” Brundage said. He also took as many art classes as Danbury High School allowed and soon discovered a passion for fantasy painting.

“As a genre, fantasy is an opportunity to try to sell any idea to your audience,” Brundage said. “Something as bizarre as a giant monster made of twigs and slime can become believable through this art form. Aliens live among us, magic is real, dragons exist, and artists like me have the chance to paint these things for a living.

Brundage said his featured paintings are the result of his efforts to bring his art to a new market.

“The first, ‘Stacy McGee vs. Horror,’ was a self-generated painting I did for the explicit purpose of getting a book cover,” Brundage said. “When I created it, I was trying very hard to break into the book cover market, but I needed samples that would show that my skills were valuable in that market. An image with characters that would suit a mid-level book cover, in a dynamic group composition with as much drama as possible, and it ended up being one of my best efforts.

The second painting was a direct result of the first – one of a series of book covers for the “Scaremaster” series about a book that brings scary stories to life. The result was the cover of the 2016 book “Swamp Scarefest” by BA Frade and Stephanie True Peters.

“This niche has been my bread and butter for a few years – creepy monsters that are more goofy than actually upsetting, and super fun for me to draw and kids to read,” said the artist. “This particular cover illustration was for ‘Swamp Scarefest’ where kids read the ‘Scaremaster’ book and create a swamp creature.

He said he fell into watercolors by default, having a lot of experience with them by the time he got to art school.

“I doodled and took classes all through middle school and high school, experimenting with inks and watercolors whenever I wanted to bring color into my work,” he said. “In art school, I tried a lot of different media, but watercolor came so naturally that I was encouraged not to fight what was already working. leaned more towards watercolor and I just ran with it.

Over the course of his career, Brundage’s art has been featured in The New York Times, The Wall Street Journal, and The Washington Post, among others.

Brundage added that he was shocked and flattered to learn that the museum had provided a lengthy description of his art because it had not provided any for the exhibition.

“Someone researched me and wrote a biography, which was incredibly accurate. It shocked me,” he said.

For more information about the exhibit, visit nrm.org.