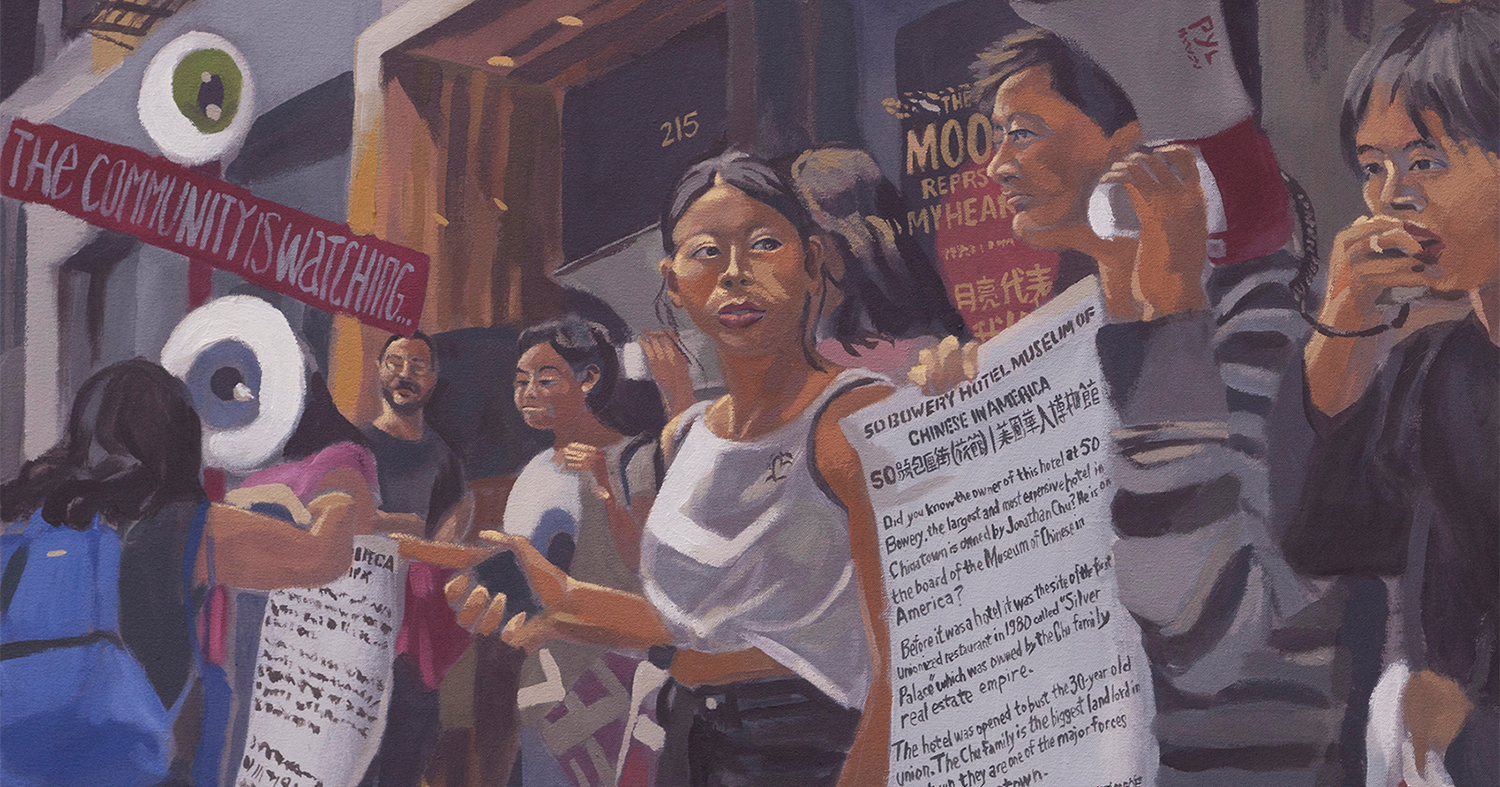 Many of the works exhibited in “Talking to Real Americans” are inspired by Arroyo’s political activism. Arroyo uses reference photos of the protests he attends, focusing on compositions that expose the tensions and dynamics protesters negotiate on the streets. In May 17, 2019, Chinese Museum of America (2021), Arroyo depicts a protest—organized by Chinatown Art Brigade, WRRQ Collective, and NYU Asian American Political Activism Coalition (NYU APAC) in conjunction with Decolonize This Place—protesting the artwashing of Manhattan’s Chinatown. In the painting, Arroyo emphasizes the dissonance between the lived realities of the protesters and the oblivious white couple walking past the protest.

Rendered in loose brushstrokes, Arroyo’s paintings incorporate a sense of movement that captures the rhythm of resistance. In FTP, November 1, 2019 (2020), demonstrators descend the subway stairs in an act of mass fare evasion to protest against police brutality on public transport. And in Friday January 31, 2020, FTP 3, Prison Support in front of One Police Plaza (2022), a group of cheerful protesters camp outside NYPD headquarters awaiting the release of their comrades.