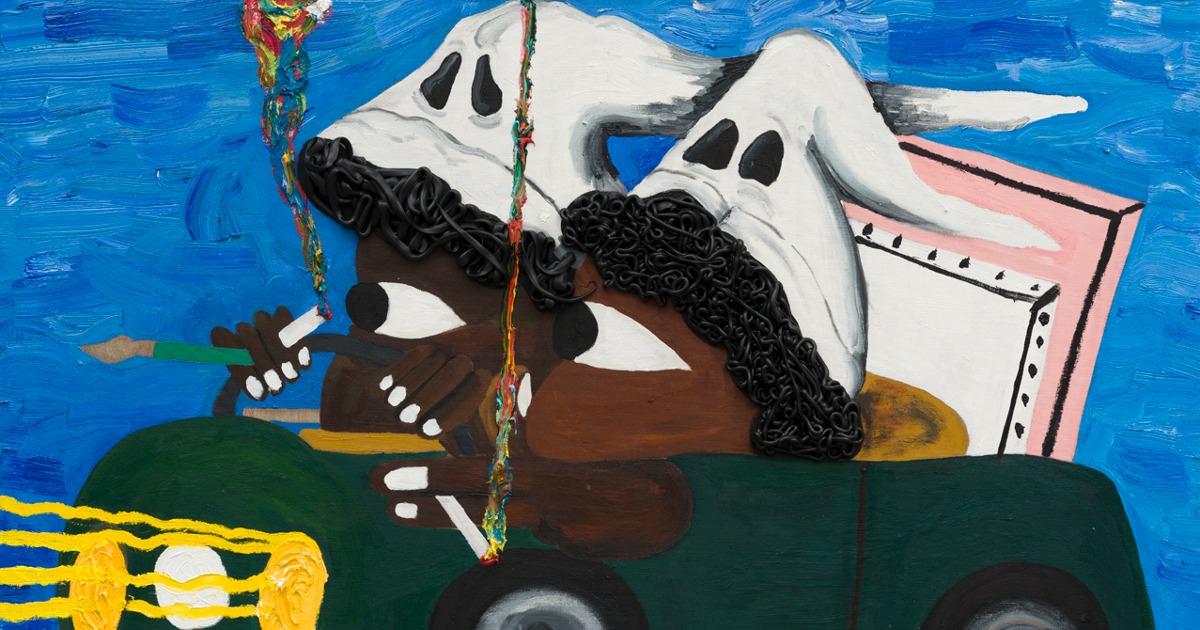 “Undercover Brother” comes a year after four arts institutions announced the postponement of a Guston retrospective, citing concerns about his Ku Klux Klan imagery. Many decried the decision, baffled by museums’ reluctance to provide background information about the work. Guston, who was Jewish and witnessed the Klan’s brutal anti-Semitism growing up in Los Angeles, used the hooded figures to explore themes of complicity, self-loathing and the banality of supremacy. White. Strother was fascinated by these recent debates, explaining that “just the idea of ​​ownership over imagery, and who gets to talk about certain images and talk about certain things, is always interesting.”

Strother is used to toying with the idea of ​​artistic authority or stylistic ownership. In 2015, Strother and his partner, graphic designer Yuri Ogita, co-founded Colored Publishing, an independent press dedicated to artists’ books, zines, prints and t-shirts. Steeped in the DIY and punk ethos stemming from Strother’s formative years as a young skateboarder in West Covina, California, the press reflected the views of artists unconcerned with market impulses from the mainstream art world, and circumvents the stagnant tastes and structure of the traditional publishing industry. In addition to clothing and publications, Colored Publishing also sold ceramic vessels from Strother, including a series of earthenware ashtrays called the “White Trash Receptacle”. Inspired by a character from the TV series Atlanta donning the “white face”, the ashtrays are another example of Strother’s eccentric humor – this time, displayed at art book fairs instead of art galleries.