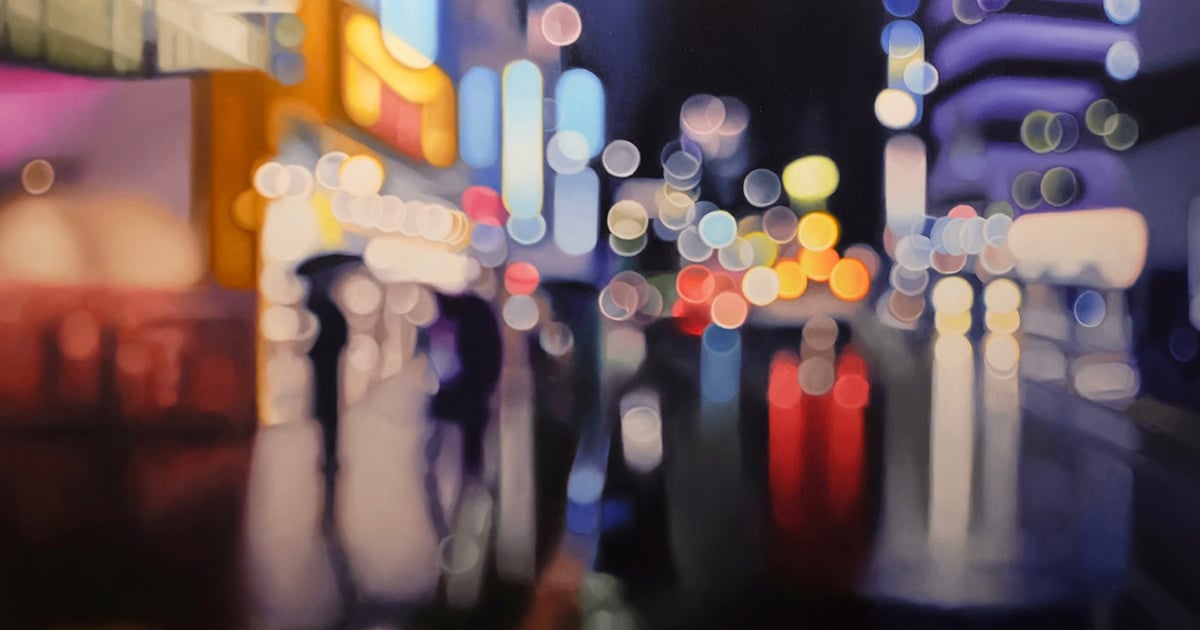 In his series of abstract paintings, the artist Philip Barlow conveys the fleeting moments often seen through blurry camera lenses. This common photographic phenomenon called the bokeh The effect simplifies the background and subjects into colorful light blurs. Although bokeh can be seen as undesirable in photos, Barlow uses the geometric style in his paintings as a way to “capture ‘the moment,’ a millisecond in time when everything lines up perfectly”.

Barlow’s bokeh effect paintings emphasize color and harmony over crisp, clear detail. Cityscapes at night are reduced to blocks of light, while human subjects become anonymous, barely recognizable silhouettes. In doing so, the viewer is immersed in an ephemeral moment that is both mysterious and familiar.

Barlow says in his artist statement that his paintings “give us a glimpse of the time when form, light and color come together in their complexity”. These transitory moments are heightened by his intentional abstraction. The colors of car lights, signs, shops and restaurants suddenly become magical ornaments on the canvas. Together they reflect the essence of space in this case.

Scroll down to see more of Barlow’s bokeh oil paintings, then follow the artist on instagram to keep up to date with his latest creations and exhibitions. 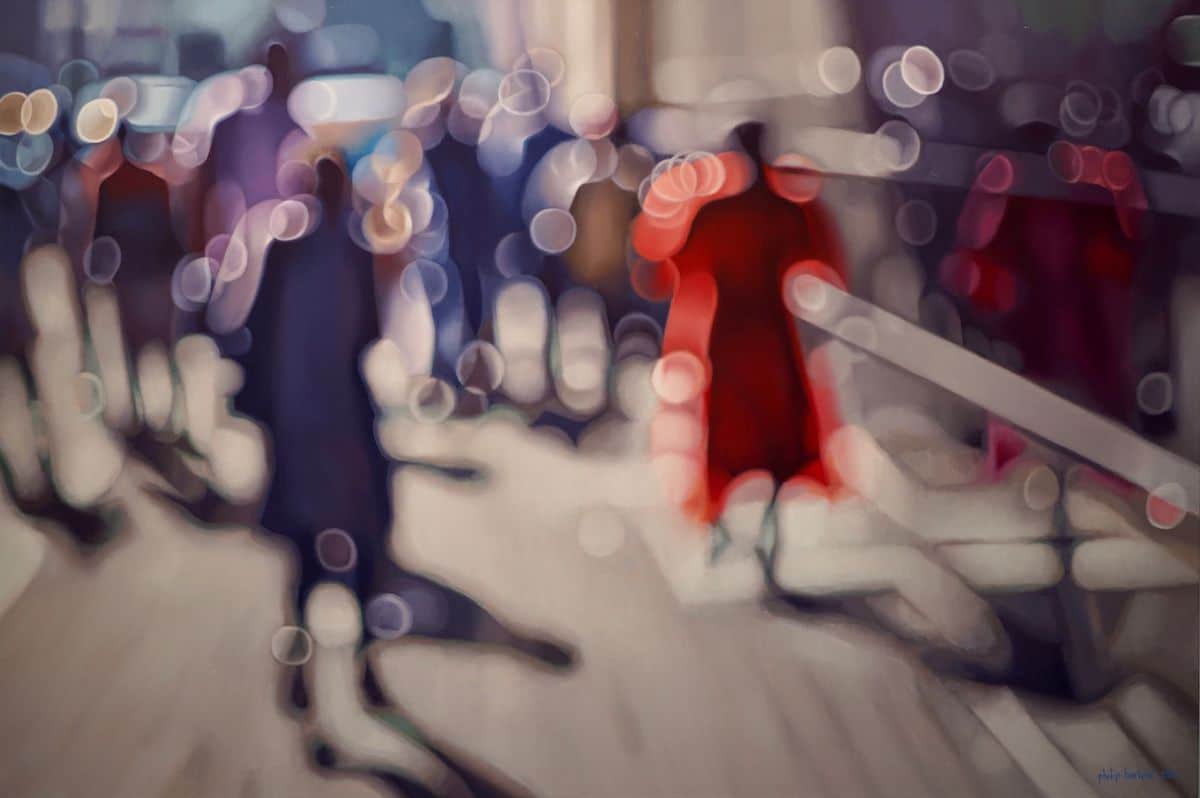 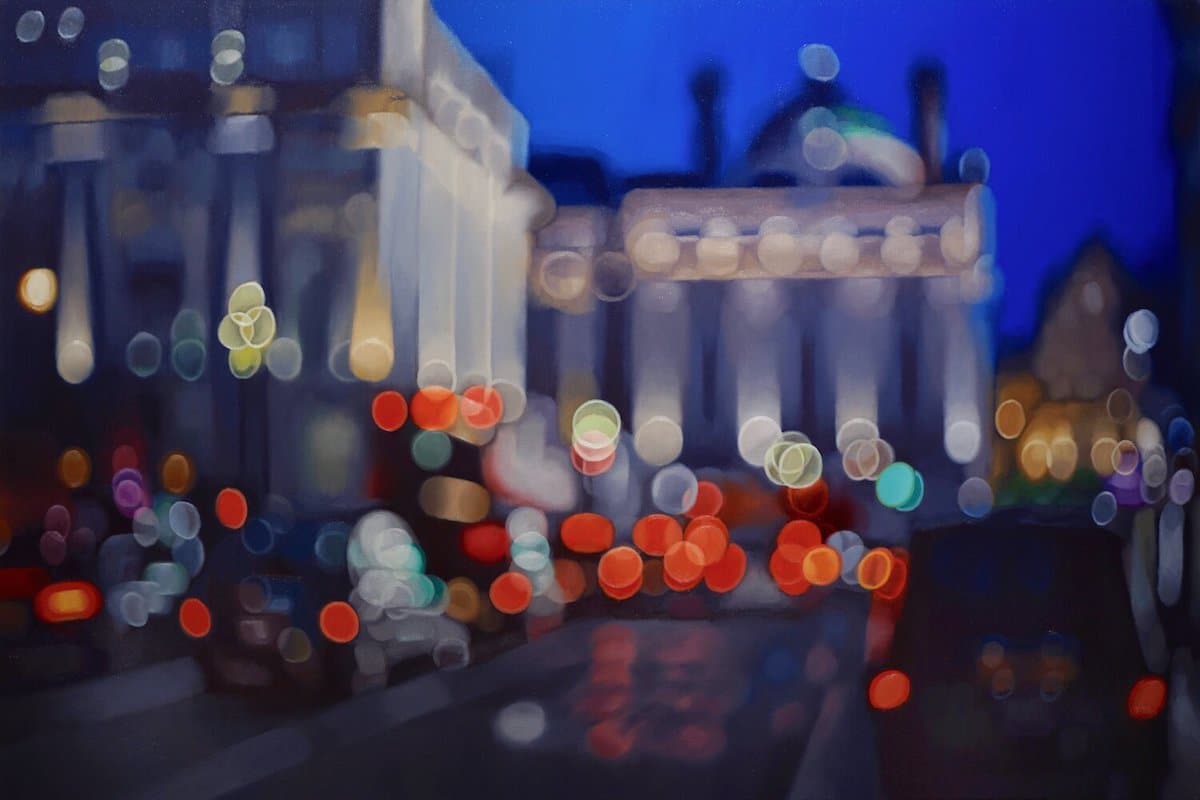 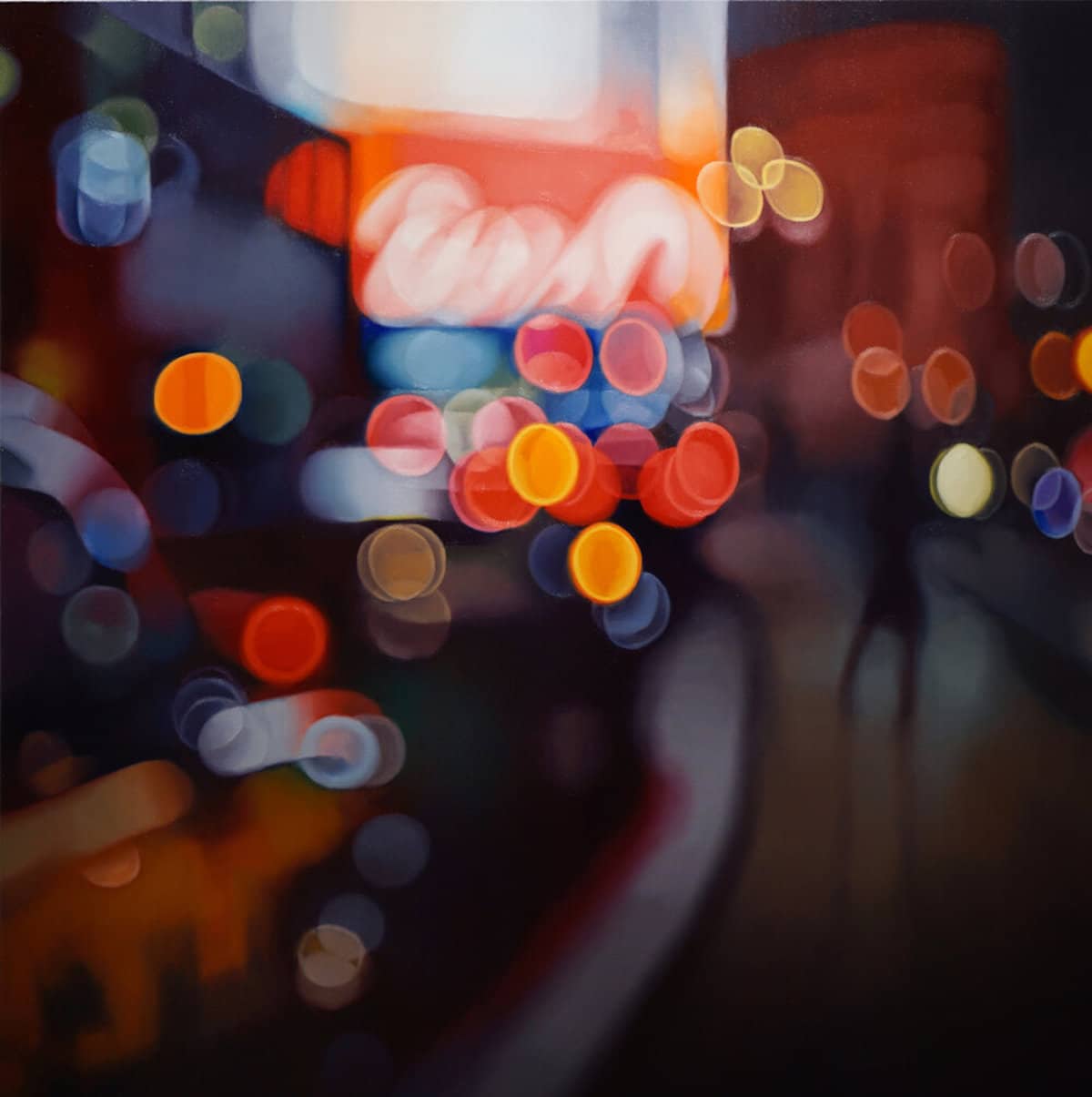 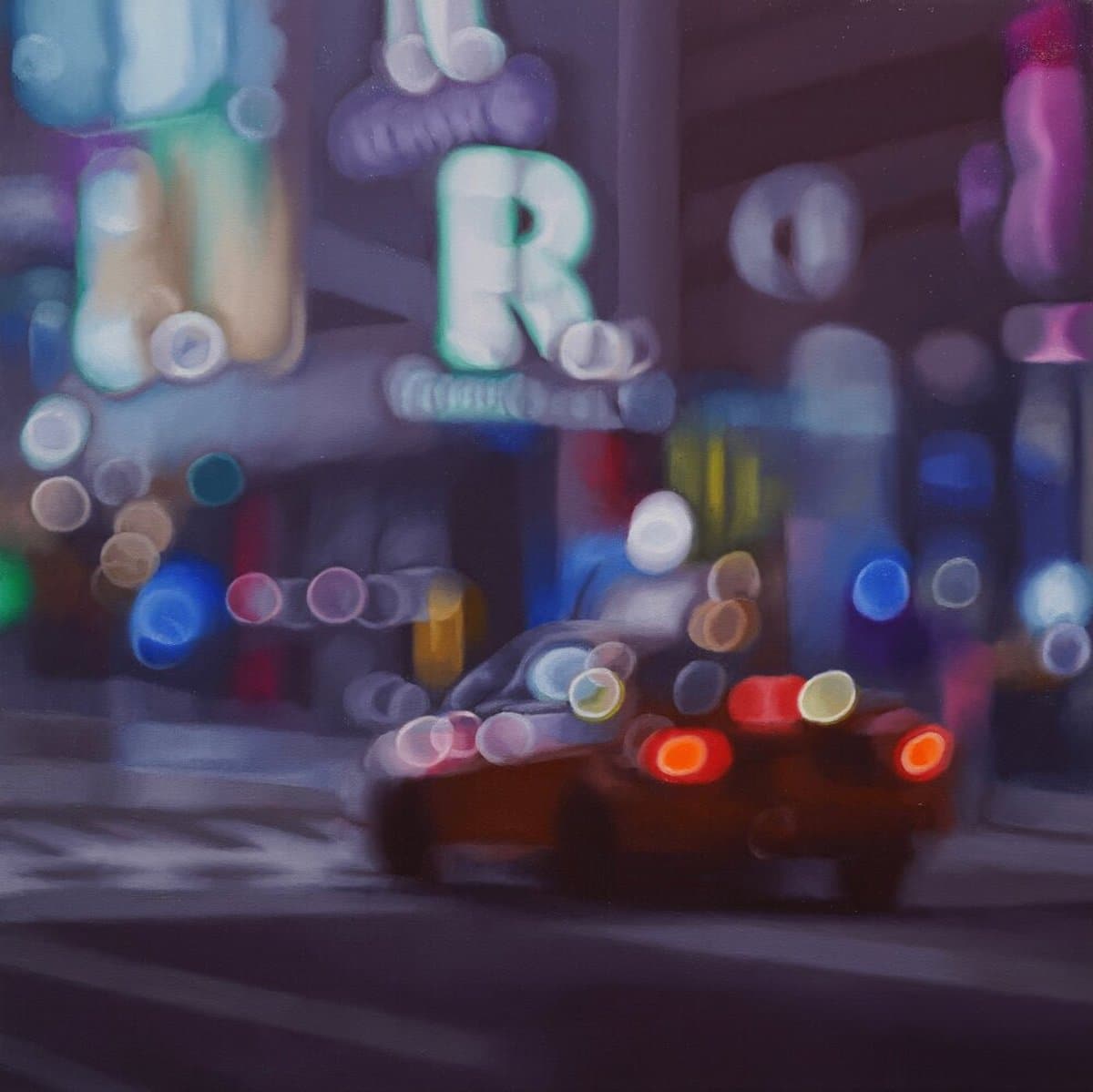 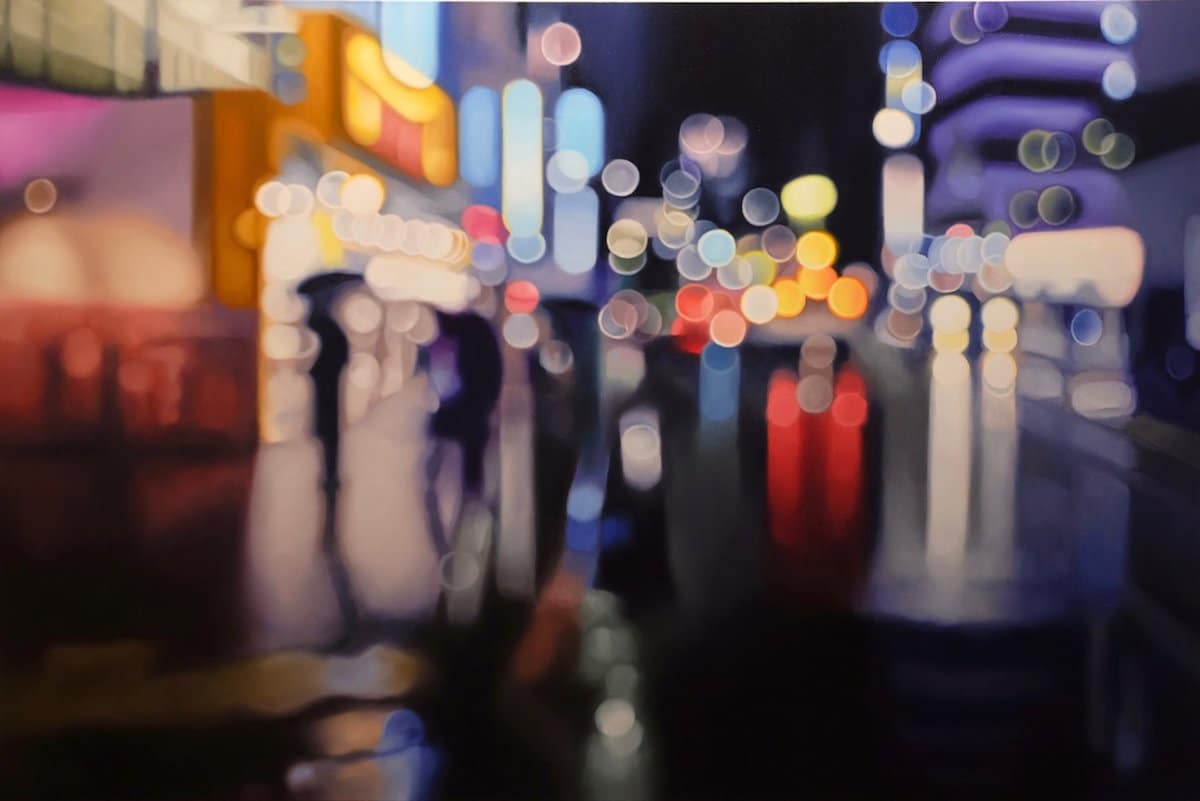 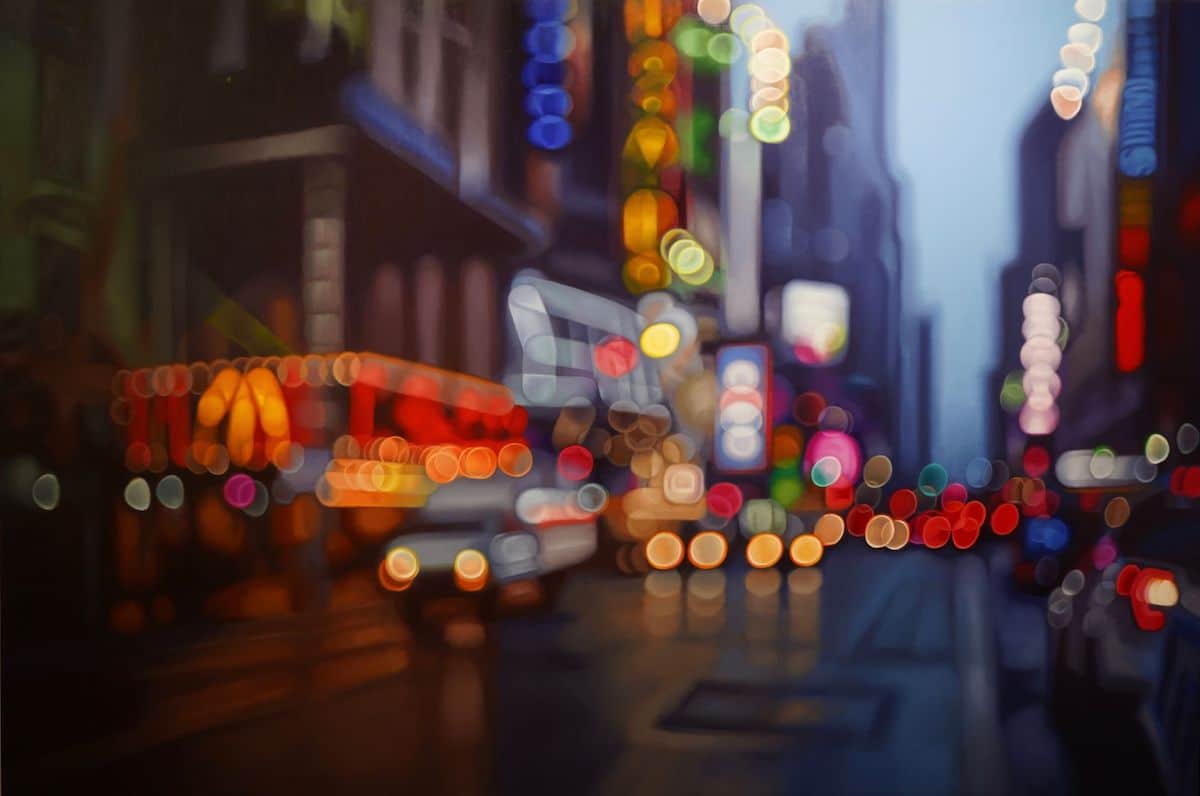 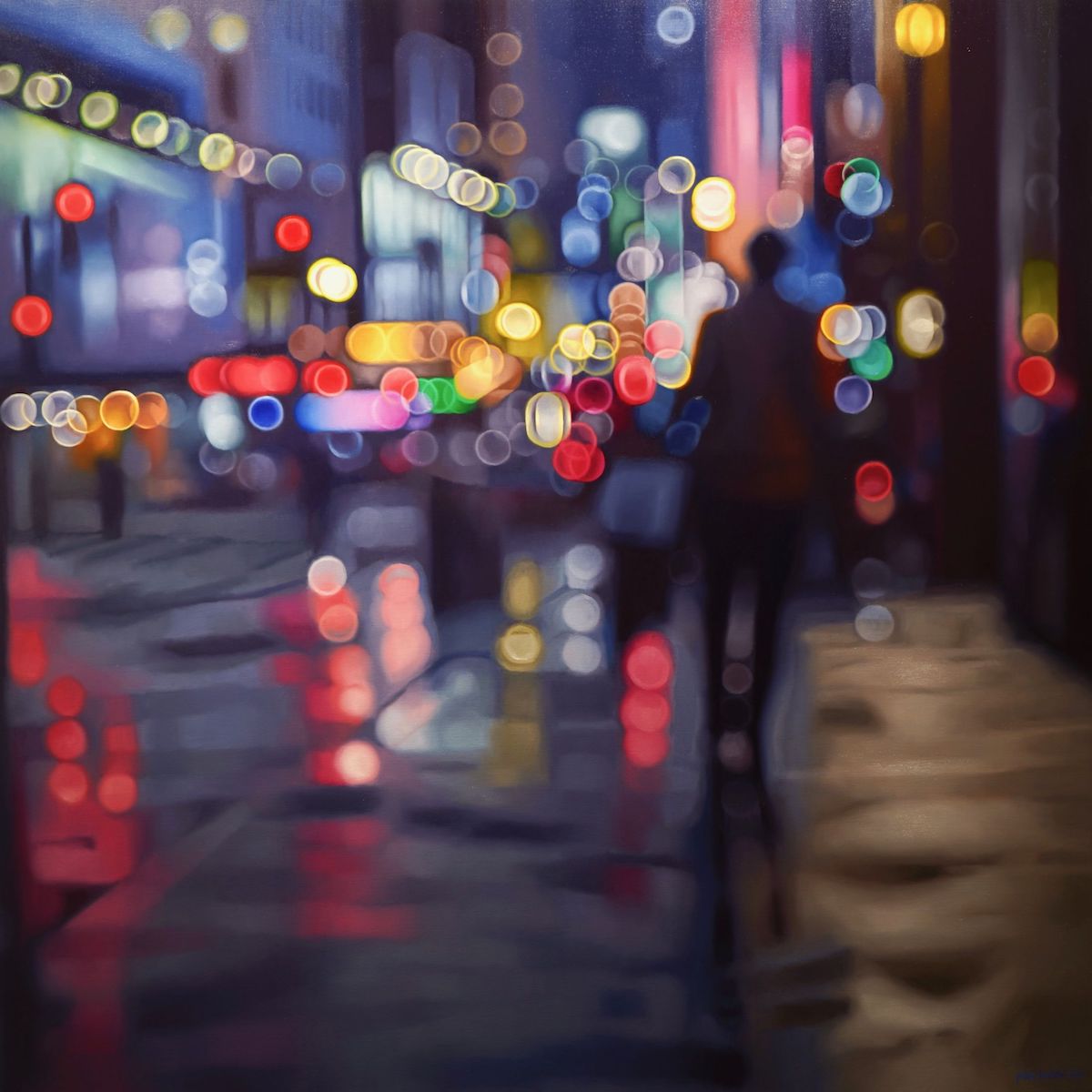 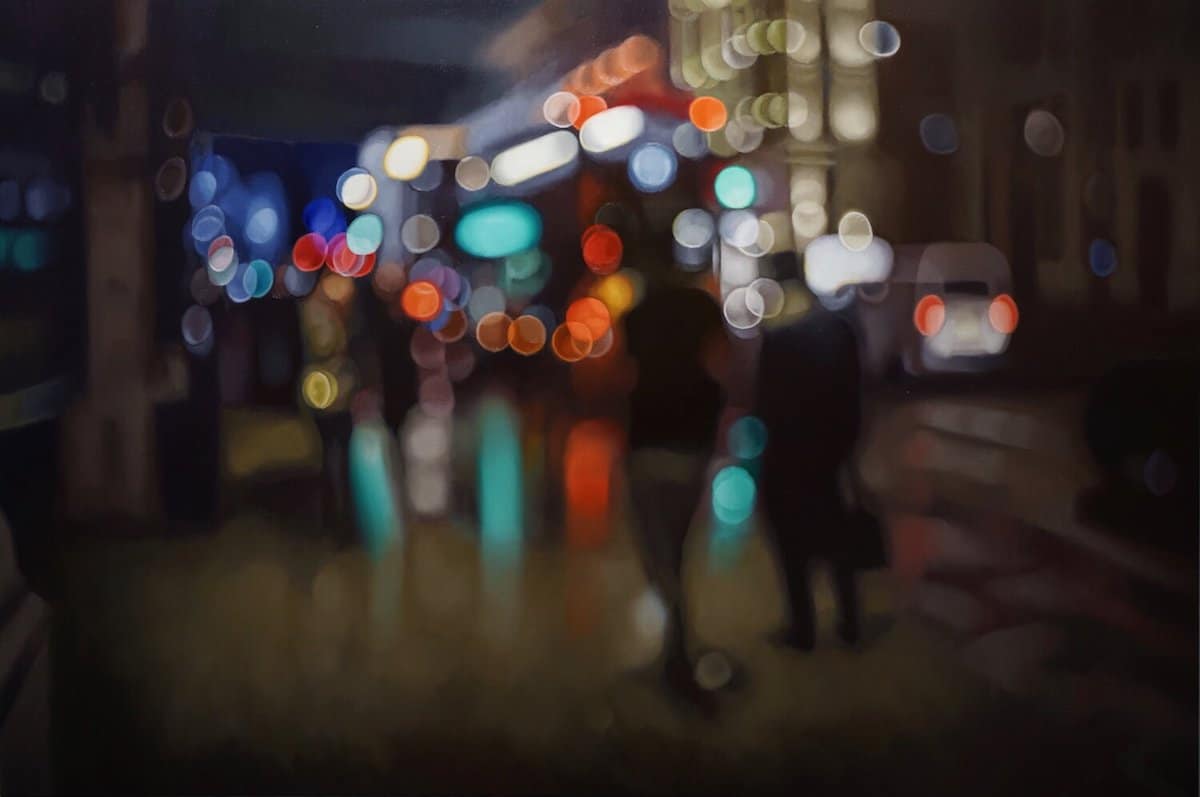 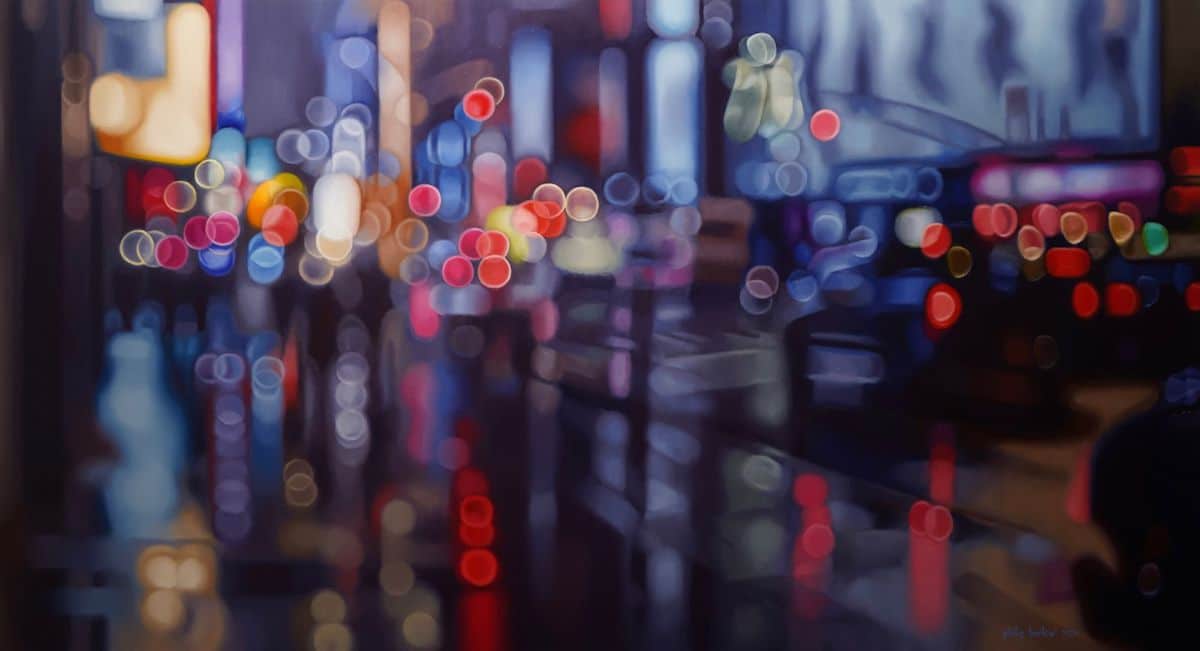 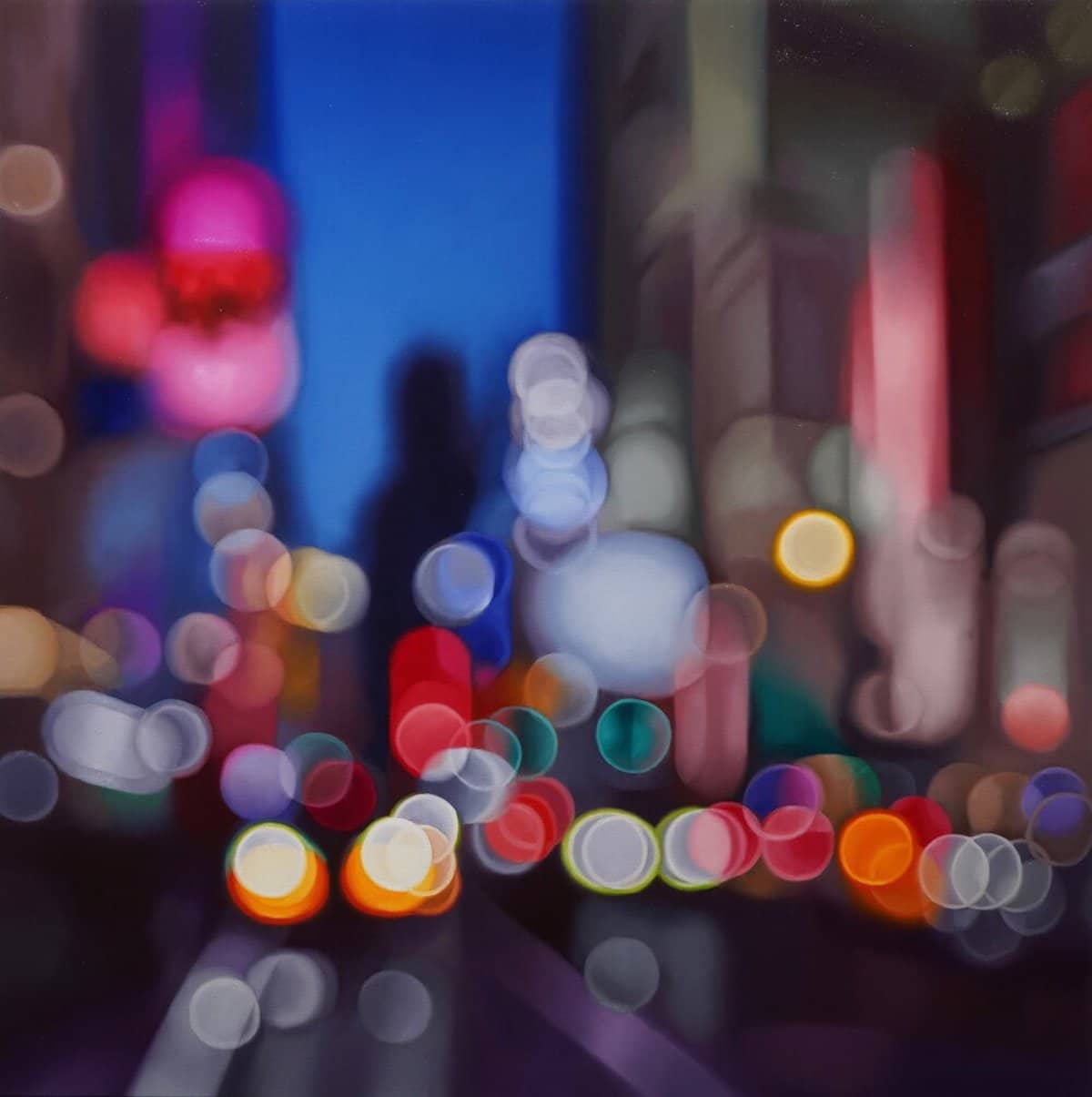 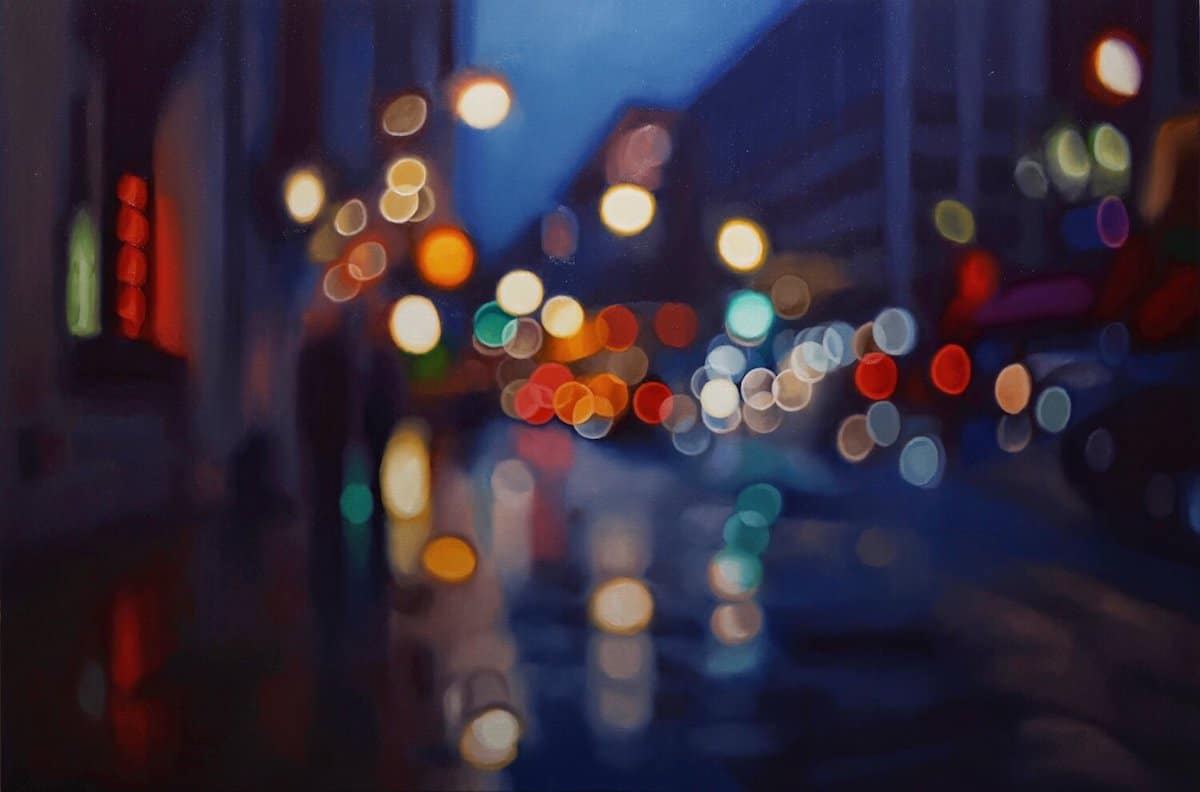 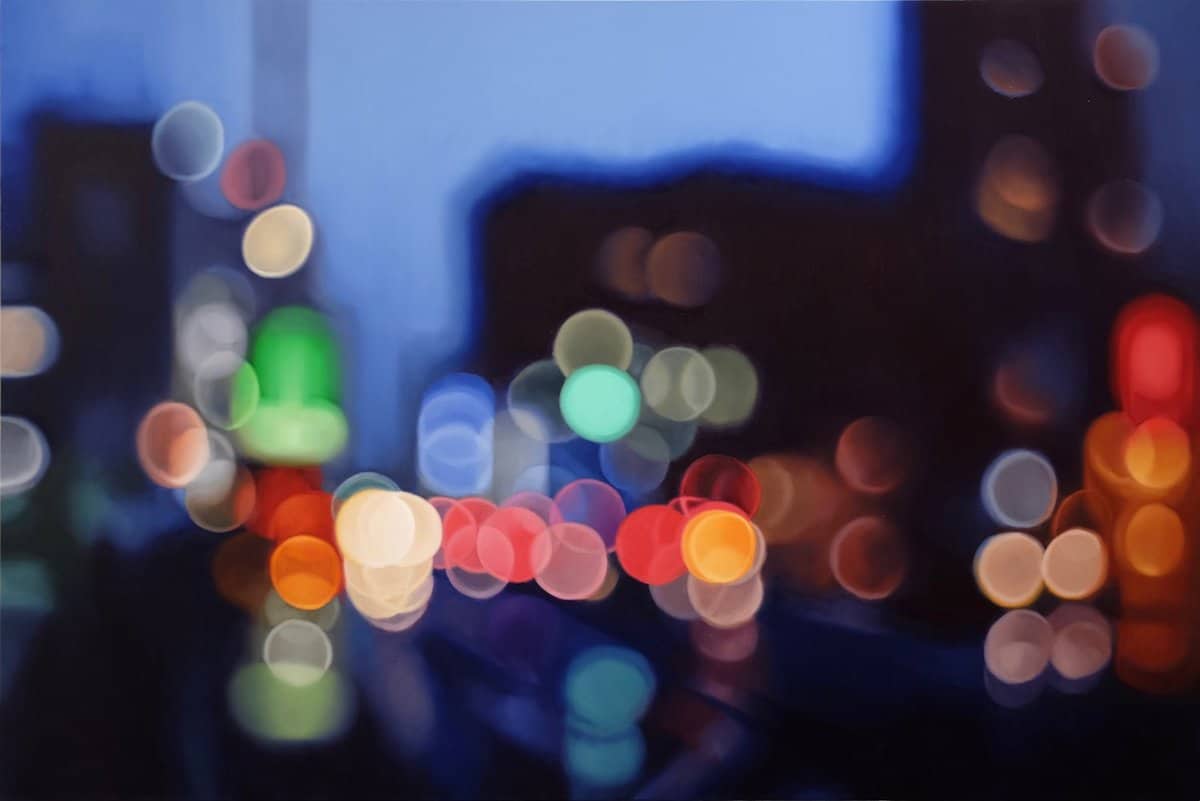 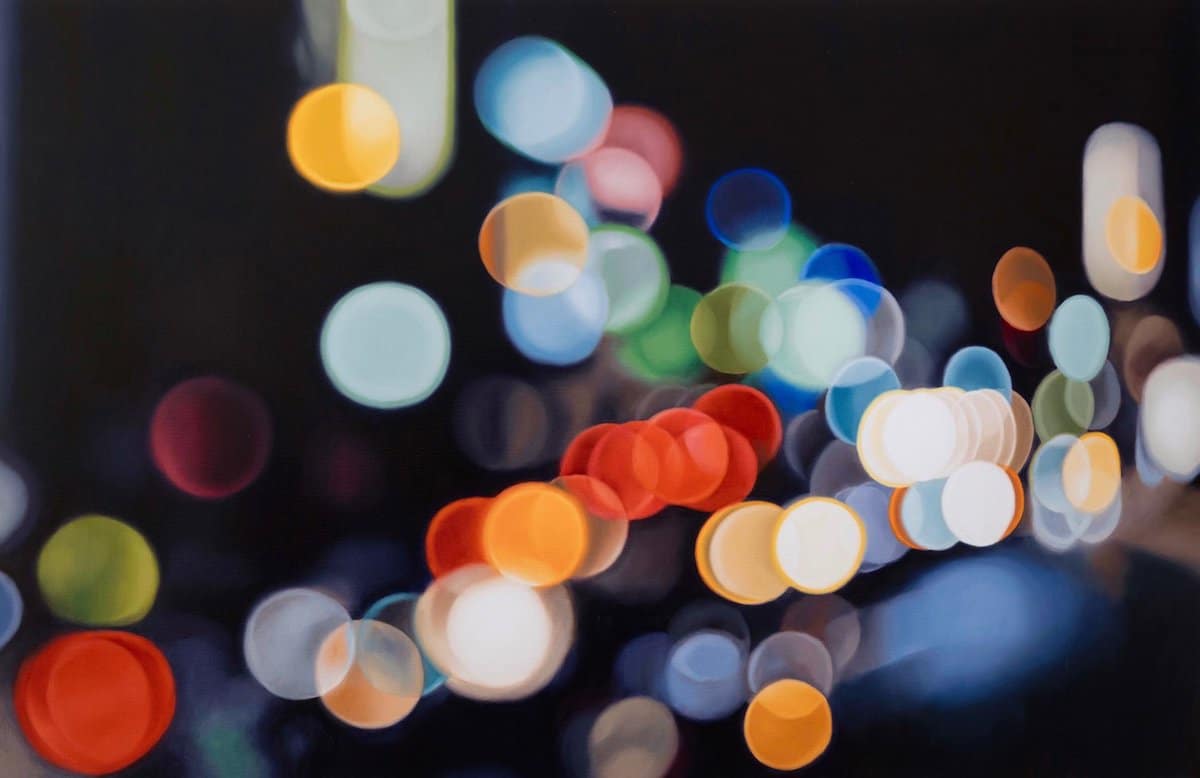 My Modern Met has granted permission to feature photos by Philip Barlow.

The Ambiguous and Organic Abstract Paintings of Madeline Mikolon