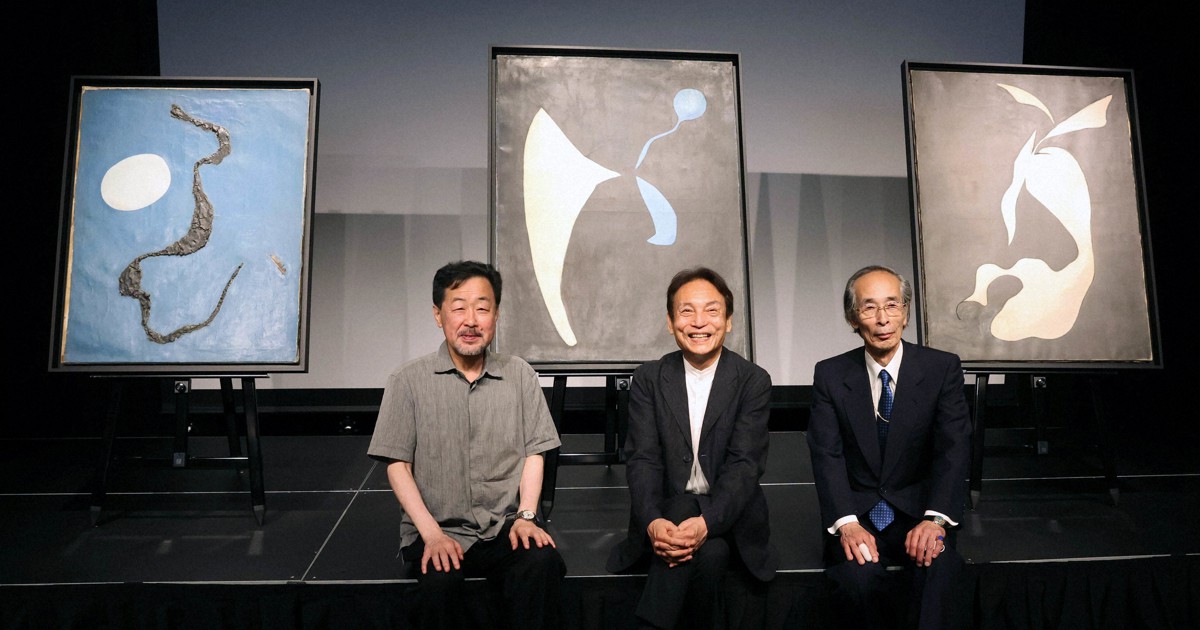 TOKYO — Three oil paintings believed to have been painted by the late Japanese artist Taro Okamoto (1911-1996) in Paris in his early twenties have been found, a foundation announced July 8.

Until this discovery, not a single piece of Okamoto’s work from this period had survived, and the Taro Okamoto Memorial Foundation for the Promotion of Contemporary Art highlighted the historical significance of the find saying “The final piece of Okamoto’s art puzzle has been found.”

Okamoto moved to France in 1930 to study painting and spent around 10 years in Paris in his twenties. All three artworks are believed to have been painted during this time. In the early 1990s, a Frenchman acquired three paintings found in a workshop in Paris. Based on the signatures on the sides of the canvases, the man believed the paintings might be Okamoto’s works and contacted the Taro Okamoto Art Museum, Kawasaki. The works were transferred to Japan on the occasion of its retrospective exhibition to be held in Osaka this year, and the foundation was looking into the matter.

All three are abstract paintings, depicting something like floating stripes. Following analysis of the handwriting of the signatures, they matched those of Okamoto with 80-90% certainty. Also, the paint ingredients on all three turned out to be probably the same. Based on the similarity to the abstract “Space” painting that Okamoto began producing in 1933, these three works are considered to have been painted before that time.

Okamoto returned to Japan in 1940 after the German invasion of France, but all the works he brought back were destroyed in air raids. At a July 8 press conference in the capital, Akiomi Hirano, director of the Taro Okamoto Memorial Museum, said, “These are records of a time when young Taro struggled to establish his own expression. We found the most fundamental parts (of his works).”

Yuji Yamashita, an art historian and professor at Meiji Gakuin University who participated in the research and attended the conference, noted, “These works are not very accomplished, but we can see a troubled young Taro pursue its own expression.

Also, Emile Yoshimura, a restorer who worked on many of Okamoto’s paintings, said, “Okamoto would redraw his works many times, and we can also see traces of the same type of restoration at that time.”

The three paintings will be on display at the “Okamoto Taro: A Retrospective” exhibition at the Nakanoshima Museum of Art, Osaka in the Kita district of Osaka from July 23.